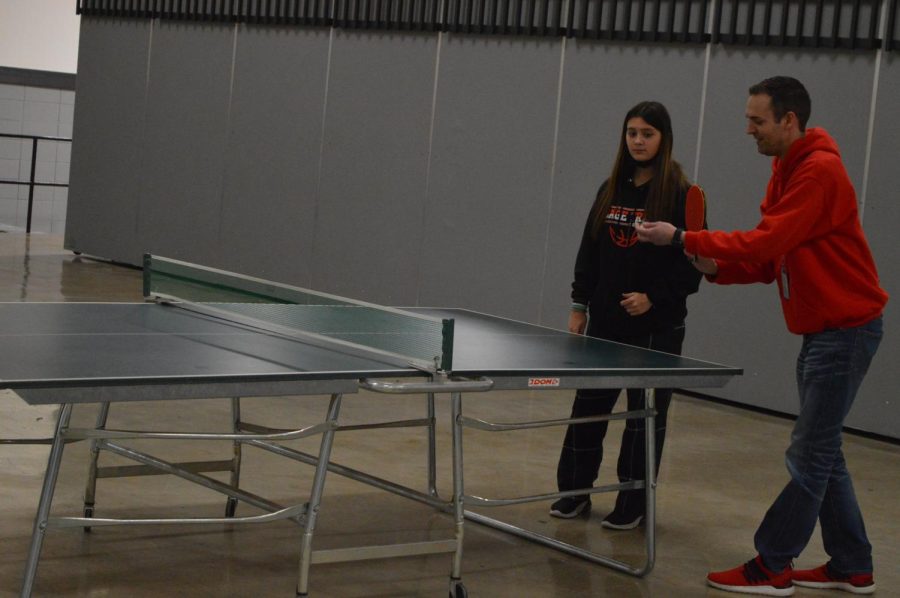 Kailey Alexander (8) and Thuenemann pair up for his Ping Pong club on Jan. 20.

On Jan. 20, students and staff started their next round of club days for semester two.  Many clubs returned that were offered last semester with some new additions. Clubs are activities done once a month. Different activities are offered by teachers like drawing, basketball, meditation, etc.

“It’s not math and it’s kind of fun,” Thuenemann said.

Kristy Ring sponsors Cultures Around the World. In Mrs. Ring’s room they are doing crafts. She got the ideas for the crafts off the internet.  Ring has 13 club members in her club.

”I have taught other languages in other classes so I thought it would be fun,” Ring said.

“I chose this club because I like food and learning about food,” Monger said.

Alex Wilson chose the drawing club. The drawing club is sponsored by Ms. Siebert. Wilson’s work has been in the spotlight in the Cafeteria Announcements.

“I chose this club because I like to draw and my friends chose that club too,”  Wilson said.