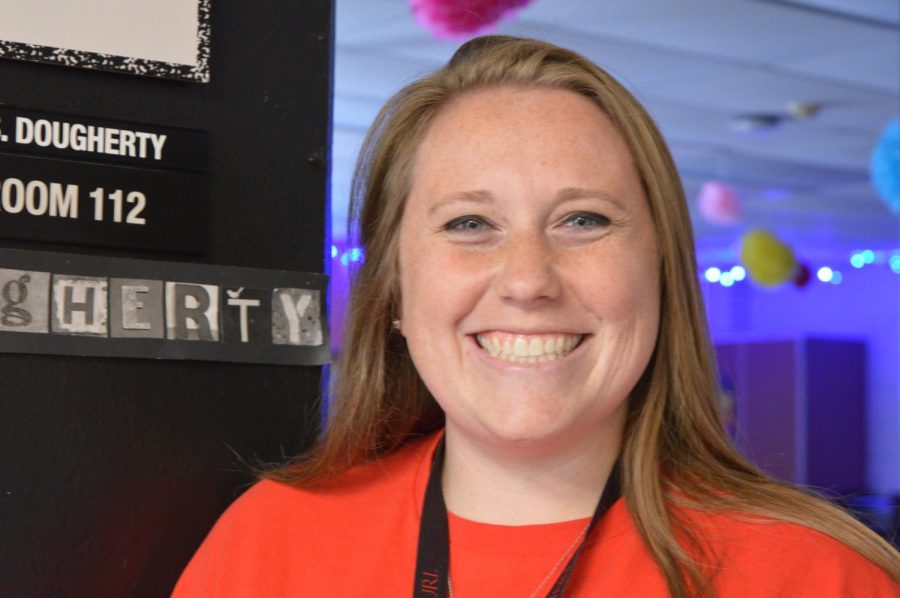 Katie Dougherty is one of the two new teachers on the Pathfinder team. She teaches science in room 112 and is the teacher who replaced Tia Saxon.

”I love her. I think she’s very good with people and she’s a leader on the staff,” Shepherd said.

Not only is Dougherty a teacher but she is also a youth group leader.

“It’s so cool to see my youth group students at school almost everyday. I think it’s also cool when my youth students come into this school for the first time,” Dougherty said in an email.

Dougherty has wanted to be a teacher since 1st grade and feels that the relationships she can build with her students is great.

“I think it’s so cool that I could be teaching a future doctor, president, lawyer, engineer, NFL player or teacher!” Dougherty said.

Dougherty makes science easier for her students and some would say that they love her class. Molly Roby in Dougherty’s 6th hour and feels good about her teaching so far.

“It’s been really good having her as a science teacher. I personally don’t like the subject of science but this year has been a lot better and I actually look forward to going to science class now,” Roby said in an email.

So far Dougherty loves her stay at OTMS and thinks of everyone as one big family.